NEW DELHI (INDIA): Shares of Kolte-Patil Developers surged more than 17 per cent in morning trade on bourses after the realty firm reported a 54 per cent jump in second… Read more » 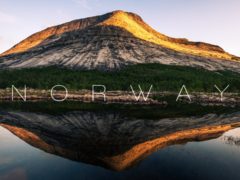 MUMBAI (INDIA): Lenders to the defunct Kingfisher Airlines have decided to again put up for auction on December 22 the plush sea-facing Kingfisher Villa at Condolim in north Goa at… Read more » By Costas Pitas LONDON: The vast majority of overseas companies that own property in London, including many used by individuals to help disguise their ownership, are registered in tax havens,… Read more » By Anuj Puri “It is not wealth that built our roads but roads that built our wealth.” This line by former American president John F Kennedy holds true not only… Read more » By Paola Totaro LONDON: About a quarter of homeowners in India, and nearly one in five rural landowners, fear losing their property, in most cases because they do not have… Read more »