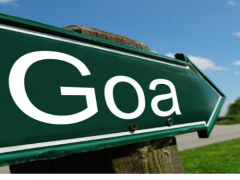 PANAJI: Nearly six years after it was put on hold due to protests, the Goa Regional Plan 2021 was revived today with the state government allowing construction activities, on case… Read more » AHMEDABAD: The Gujarat government has announced that the new common General Development Control Regulations (GDCR) for construction activities effected in the state from March 31. While giving nod to the… Read more » CHANDIGARH: The Haryana government has announced to regularize 15 colonies falling under Municipal Corporation, Gurugram and approved the policy mechanism for the regularization of the plots and buildings of these…. Read more » By: Sanjana Shivdas BENGALURU: U.S. retail real estate vacancies was 10 percent in the first quarter of 2018, real estate research firm Reis Inc said in a report. The rate has remained unchanged for the fourth… Read more » NEW DELHI: State-owned Canara Bank has called off move to divest its entire shareholding in housing finance subsidiary Can Fin Homes after receiving lower than expected price quotation. “Since the… Read more » MUMBAI: Non-banking finance companies and mortgage lenders, which control the lion’s share of developer loans, are using all the tricks in the marketing and finance trade books to help realtors… Read more » MUMBAI: Royal Orchid Hotels is eyeing 80-90 properties by 2020, including 2-3 overseas, over the next three years, a top company official said. The company currently has 49 properties in… Read more » 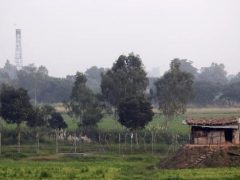 JAMMU: Authorities in Jammu and Srinagar have failed to meet the deadline set to complete the first phase of a project to digitise the land records in the two districts,… Read more » NEW DELHI: Dubai-based realty major Emaar Properties has appointed Hadi Badri as managing director of its India business to drive growth following the demerger of its joint venture with a… Read more »