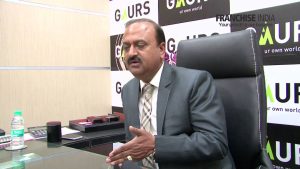 NEW DELHI: Gaurs group, a leading Indian realty firm, said that it has entered the affordable housing segment and will invest Rs 1,000 crore to develop two projects over the next three years.

The projects, comprising about 7,000 flats, will be developed in Greater Noida and Ghaziabad, the company’s Managing Director Manoj Gaur said.

The price range of these flats will be in the Rs 15-25 lakh range, he said.

The group is upbeat on the housing demand as it has been able to sell over 5,000 properties worth Rs 2,000 crore during the last four months, beating the slowdown in the real estate market.

“We have finalised two land parcels to develop projects under affordable housing policy of the Uttar Pradesh government, which has been tweaked recently to make it viable,” he said on the sidelines of realtors apex body CREDAI’s conference held at Berlin.

The company has 25 acre on Yamuna Expressway in Greater Noida and another 8 acre in Crossing Republic township at Ghaziabad where it would construct about 7,000 flats, including 2,000 apartments for EWS (economically weaker section).

The EWS flats would be handed over to the state government, which would allot it to eligible beneficiaries. The rate for these units would be less than Rs 4.5 lakh.

Asked about investment, Gaur said the total project cost is estimated at about Rs 1,000 crore and the same would be funded through internal accruals and bank loans.

“We want to build flats for those whose salary is in Rs 25,000-30000 bracket so that they are not forced to live in unauthorised colonies,” said Gaur, who is also vice-president of CREDAI.

Gaur said the company is scouting for land in the NCR to develop more such projects. “We want to launch 10,000 flats in this financial year under this state housing policy” he added.

The UP government is providing incentives to boost supply of affordable homes, he said.

Gaur said the margins in this segment are thin but there is opportunity to achieve high volumes.

These projects would be developed as per the norms set by the Central government so that beneficiaries are eligible to get interest subsidy. Affordable housing segment has gained momentum after it got infrastructure status in the last year’s budget

Gaurs Group has been developing residential and commercial projects for 23 years and has delivered over 40,000 units.

It is developing many projects in the NCR, including a 237-acre township project ‘Gaur City’ in Greater Noida West (Noida Extension) where the company has developed 25,000 apartments.

Another 250-acre township is being developed on Yamuna Expressway. It has also entered into education and hospitality businesses.