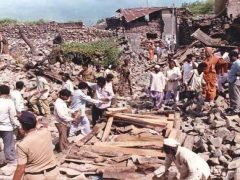 MUMBAI: All the pending issues related to additional land allotment to the people affected by the 1993 earthquake in Central Maharashtra will be solved soon, Chief Minister Devendra Fadnavis said… Read more » NEW DELHI: Issues including tariff reduction to promote trade, setting up of a business council, and expansion of economic relation will be discussed during the upcoming visit of Uzbekistan President… Read more »

NEW DELHI: The iconic Taj Mansingh Hotel in Lutyens’ Delhi was retained by the Tata group in an auction by the New Delhi Municipal Council (NDMC) Friday, an official on… Read more » NEW DELHI: India’s Housing and Urban Affairs Minister Hardeep Puri has called upon the Industry and the society to self-regulate to bring about behavioural change for a greener and sustainable… Read more » 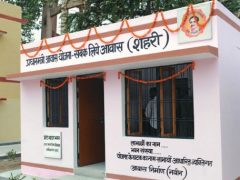 CHANDIGARH: The Haryana government will develop five new cities over an area of 50,000 hectares on each side of the Kundli-Manesar-Palwal (KMP) expressway. The expressway, which will provide an alternative… Read more » NEW DELHI: State-owned NBCC has received “in principle” nod from Air India to monetise the debt-laden airline’s two prime properties in the national capital, according to a regulatory filing. The… Read more » MUMBAI: In a bid to track ongoing residential projects which have still not registered with the MahaRera, consumer body Mumbai Grahak Panchayat (MGP) on Wednesday launched a portal that will… Read more »