NEW DELHI: The Supreme Court has refused bail to Unitech promoters Sanjay Chandra and Ajay Chandra in a case relating to alleged siphoning off the home-buyers’ money. A bench of… Read more » DEHRADUN: Film actor Amrita Singh and her aunt Tahira Bimbat may have staked claim over 4 acres of prime property in Clement Town area of Dehradun city but they may… Read more » 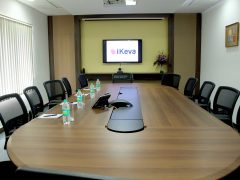 HYDERABAD: Co-working space provider iKeva on Thursday announced that it has raised an undisclosed amount from Meenakshi Group to set up 15 new centres in the next 12 months and… Read more » NEW DELHI: Financial creditors and home buyers of Jaypee Infratech have extended the deadline till February 15 for shortlisted bidders to submit proposals to revive the debt-ridden realty firm, according… Read more » NEW DELHI: The Chief Minister of Uttar Pradesh, Yogi Adityanath inaugurated the much-awaited Aqua Line Metro on Friday. After the operation of this Metro, a strong connectivity between Noida and… Read more » NEW DELHI: The much-awaited metro rail linking the twin-cities of Noida and Greater Noida in Gautam Buddh Nagar was opened for the public on Friday by Uttar Pradesh Chief Minister… Read more » NEW DELHI: Market regulator Sebi said it has lined up as many as 17 properties of the West Bengal-based MPS Group of companies for an online auction next month at… Read more » MUMBAI: The Maharashtra government has decided to reserve 50 per cent residences for members of the ‘Mantralaya Aani Vidhimandal Vartahar Sangh’ in Mumbai under a housing scheme of the MHADA,… Read more »