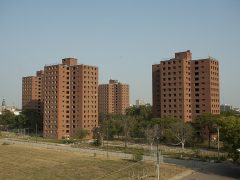 NEW DELHI: A total of 33 housing projects with an investment of Rs 4,197 crore have been accorded final approval under the Special Window for Affordable and Mid-Income Housing (SWAMIH)… Read more » NEW DELHI: Indiabulls Housing Finance on Friday said it has sold its additional stake in OakNorth Bank for Rs 441 crore. The sale proceeds will be accretive to the regulatory… Read more »

GUWAHATI: Assam Chief Minister Sarbananda Sonowal on Sunday said that his government is committed to strengthen infrastructure in Guwahati to make the city the gateway to South East Asia. Various… Read more » 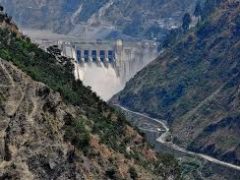 NEW DELHI: Jammu and Kashmir Lieutenant Governor Manoj Sinha on Sunday took a comprehensive review of the status of various projects of the National Hydroelectric Power Corporation (NHPC) in the… Read more » NEW DELHI: A total of 322 projects in a length of 12,413 Km have been awarded under Bharatmala Pariyojana till August, 2020. Further, 2921 Km has been constructed under the… Read more » NEW DELHI: Prime Minister of India Narendra Modi on Sunday launched the physical distribution of property cards under the ‘SVAMITVA’ (ownership) scheme via video conferencing, and asserted that it is… Read more » PRAYAGRAJ: The Allahabad High Court has put an interim stay on a scheme that allows regularisation of illegal constructions against payment of fees, and asked the Uttar Pradesh government to… Read more »