NEW DELHI: Announced by Prime Minister Narendra Modi on 15th August, 2019, with the aim to provide tap water supply to every rural home by 2024, Jal Jeevan Mission has reached a new milestone of providing over 4 Crore rural households with tap water supply.

Goa has become the first State in the country to provide 100% tap water supply followed by Telangana and Andaman & Nicobar Islands. The untiring efforts of States/Union Territories (UTs) have helped Jal Jeevan Mission provide assured tap water supply to every family living in 56 districts and over 86 thousand villages.

States/ UTs are now competing with each other and focusing on the target to ensure that every household in the country gets safe drinking water , so that ‘no one is left out’.

The remote Kakisnur village of Velairpad Mandal, Andhra Pradesh is home to 200 people amidst thick forest, hilly area with no road connectivity and power supply. But, it just received 24×7 potable water supply under Government of India’s Jal Jeevan Mission programme being implemented in partnership with States/ UTs. The efforts are in line with Government of India’s endeavour to provide clean tap water in rural households with focus on improving their living standards and enhancing the ‘ease of living’.

The impact of safe water in Kakisnur village is seen through the improved health outcomes among the village community. The road to 100% Functional Household Tap Connection (FHTC) in Kakisnur was indeed tough. District authorities faced impediments as they implemented the Har Ghar Jal programme in this remote village which was accessible after a 20km ride alongside Godavari river. Hand drilling machines were loaded on a boat, borewell was drilled close to the local stream, solar power-based dual pump was erected supplying potable drinking water to the entire village.

Seven-year old Vaishnavi from Orumanaiyur village in Thrissur district of Kerala was tasked with the job of fetching water when both her parents and grandmother contracted CoVid-19 and had to quarantine. Being the eldest of the three siblings, she suddenly had to play the role of an elder. However, even her and her siblings were not allowed to venture out of the house as they were seen by local community as potential carriers. But to their surprise, tap water connection was provided in their home the very next day. Timely provision of tap water supply has helped this family survive difficult times.

There are many such stories from the field which show how Jal Jeevan Mission – Har Ghar Jal is changing lives.

Jal Jeevan Mission is being implemented in partnership with the States with an aim to provide potable water in adequate quantity, of prescribed quality on regular and long-term basis. Extensive planning exercise is undertaken by the States/ UTs following ‘bottom-up approach’. Accordingly, they have firmed up the Action Plan to provide tap water connection to every rural household. While implementing, States are giving priority to water quality-affected areas, villages in drought prone and desert areas, Scheduled Caste/ Scheduled Tribe majority villages, aspirational districts and Sansad Adarsh Gram Yojna villages.

Since children are more susceptible to water-borne diseases, a campaign has been launched to provide tap water supply in schools and ashramshalas and anganwadi centres across the country so that whenever the schools reopen, children are provided with safe water for drinking. Tap water to be used for cooking mid-day meal, providing handwashing facility and usage in toilets.

Potable water supply to water quality-affected habitations is a top priority under Jal Jeevan Mission. Efforts are made to ensure safe drinking water is provided to all quality-affected villages especially Arsenic and Fluoride affected rural habitations. JJM gives highest priority to potability of drinking water, which will reduce water-borne diseases and improve health of people. States/ UTs are upgrading water quality testing laboratories and opening them to public enabling them to get their water samples tested at nominal rates. Following the appeal of Prime Minister, Jal Jeevan Mission aims to make water everyone’s business, i.e. ‘Jan Andolan’. As Prime Minister launched ‘ Catch the rain’ campaign on World water day i.e. 22 March, 2021 and appealed all to conserve every drop of water, efforts are made to involve all stakeholders.

Jal Jeevan Mission is not about only infrastructure creation; focus is on ‘service delivery’ by empowering local communities to function as local water utilities. It is important to spread awareness on judicious use of water especially as piped water reaches every household in the village. It is envisioned that the Gram Panchayat and/ or its sub-committee, i.e. Village Water & Sanitation Committee (VWSC)/ Pani Samiti, etc. plays a key role in planning, implementation, management, operation & maintenance of in-village water supply systems. Building responsive and responsible leadership will ensure that the water supply systems are sustainable and last the life cycle of the design period. 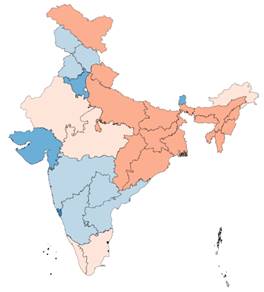 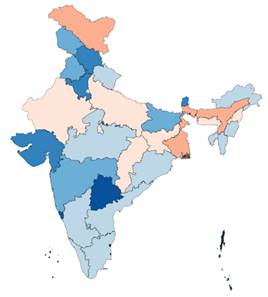 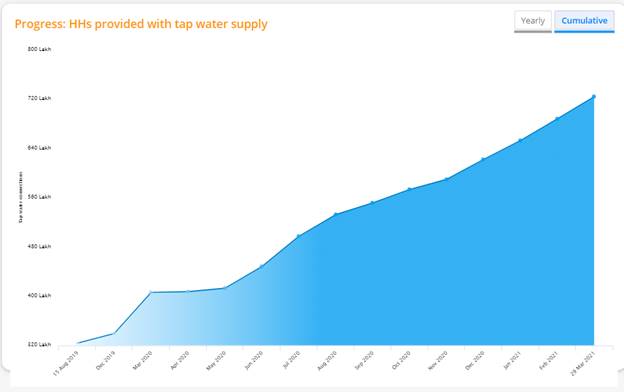