NEW DELHI: Lenders of Jaypee Infratech have asked state-owned NBCC to take the government’s approval for the revised bid that it has submitted to acquire the bankruptcy-bound real estate firm…. Read more »

NEW DELHI: The Renewables arm of Larsen & Toubro’s Power Transmission & Distribution Business has secured a turnkey EPC Contract, from the consortium of ACWA Power and the Water and… Read more » CHENNAI: Observing that the fee collected by the National Highways Authority of India (NHAI) at its toll plazas in Tamil Nadu were high, compared to the facilities provided, the Madras… Read more » 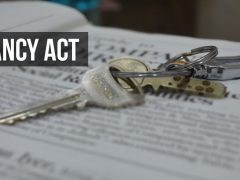 LUCKNOW: The Uttar Pradesh cabinet has approved the decision to bring in the Uttar Pradesh Regulation of Urban Premises Tenancy (second) Ordinance 2021. The provisions of the ordinance will lead… Read more » NEW DELHI: Adani Enterprises on Friday said it has won a Rs 1,169.10 crore highway project in Odisha from the National Highways Authority of India (NHAI). The contract has been… Read more » NEW DELHI: Tremendous progress has been achieved in building of National Highways across the country in the last few years by the Ministry of Road Transport and Highways. The Ministry… Read more » NEW DELHI: The Department of Expenditure, Ministry of Finance on Wednesday released an amount of Rs. 4,608 crore to States for providing grant-in-aid to the local bodies.  The grants are… Read more »