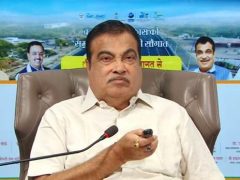 LUCKNOW: Uttar Pradesh Chief Minister Yogi Adityanath on Friday said the Purvanchal Expressway will be the backbone of the economy of the state’s eastern region. The CM, who was here… Read more » NOIDA: The BJP-led Uttar Pradesh government has done nothing in four years to help home buyers who are awaiting possession of their flats in Noida and Greater Noida, the Aam… Read more » NEW DELHI: The Ministry of Road Transport & Highways (MoRTH) has created a record by constructing 534 km of National Highways (NHs) in the last week commencing 8 January. The… Read more » NEW DELHI: In a major relief for the Narendra Modi government, a three-judge bench of the Supreme Court cleared the redevelopment plan for Central Vista with a 2:1 majority on… Read more » 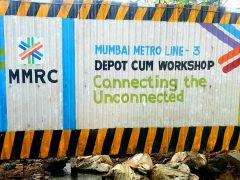 NEW DELHI: Firing a fresh salvo, the Shiv Sena on Friday demanded to know whether the opposition Bharatiya Janata Party is “working for the people of the state, or for… Read more » NEW DELHI:The Centre on Monday informed the Supreme Court that for the time being there will be no removal of 48,000 slums along the railway tracks in Delhi. Solicitor General… Read more » NEW DELHI:The BJP MLAs will raise the issue of removal of 48,000 slum dwellings along the railway tracks in the national capital during the one-day session of the Delhi Legislative… Read more »