NEW DELHI: The Airports Authority of India (AAI) on Thursday issued tenders for the construction of the first phase of an international airport at Dholera in Gujarat, entailing an investment… Read more » 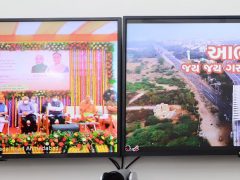 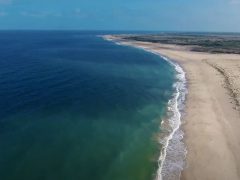 GNADHINAGAR: The Gujarat Land Grabbing Prohibition Act, 2020 came into force from Wednesday. Under the Act, which is aimed at preventing the forceful takeover of land from farmers, private landowners,… Read more » AHMEDABAD: Prime Minister Narendra Modi will be in Gujarat on December 15 to lay the foundation stones of two projects in Kutch district- a mega renewable energy park and a… Read more » GANDHINAGAR: The Gujarat Assembly on Thursday passed The Gujarat Land Grabbing (Prohibition) Bill, 2020. The Bill seeks to curb land grabbing in the state by setting up special courts. It… Read more » GANDHINAGAR: The Gujarat Assembly on Wednesday passed a bill for the constitution of an authority to develop pilgrimage infrastructure and amenities at Ambaji town in Banaskantha district. The famous Ambaji… Read more »