NEW DELHI: Industrial and logistic park developer Logiy Spaces has tied up with AA Holdings to build a new project at Narasapura, Karnataka with an investment of USD 37 million… Read more » 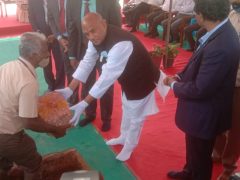 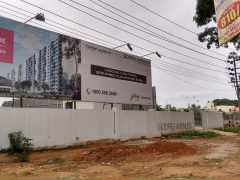 NEW DELHI: Godrej Properties Ltd. (GPL), one of India’s leading real estate developers, has announced that it has purchased a land measuring approximately 16 acres at a strategically located and… Read more » NEW DELHI: The National Green Tribunal (NGT) has formed a committee to submit a report on alleged violation of norms in the construction of a reservoir across the Cauvery river… Read more » BENGALURU: Just 24 hours after polling ended for two Assembly seats in the state, the Karnataka Electricity Regulatory Commission (KERC) on Wednesday announced a hike in power tariff by 40… Read more » BENGALURU: In its endeavour to develop a robust IT ecosystem beyond Bengaluru, the Karnataka government has doled out a slew of sops for IT companies, encouraging them to set up… Read more »