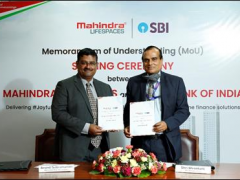 NEW DELHI: The Board of Mahindra Lifespace Developers Ltd. in its meeting on May 14, 2020 approved the appointment of Arvind Subramanian as Managing Director & Chief Executive Officer of… Read more »