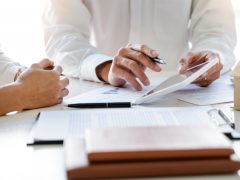 NEW DELHI: Failure of a builder to obtain occupation certificate is a deficiency in service under Consumer Protection Act 1986, the Supreme Court has said. A bench of Justices D… Read more »

NEW DELHI: Signature Global, a leader in affordable housing, has announced that it has received Occupation Certificate for two of its Affordable housing projects in Gurugram. The possessions for 9… Read more »