NEW DELHI: In a bid to resurrect from a continuous decline in the housing sales and revive the demand amid the worst hit Covid pandemic, the country’s real estate developers… Read more » 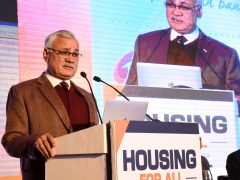 NEW DELHI (INDIA): The government of India (Centre) is toying with an idea to acquire the surplus land of Central Public Centre Enterprises wherever possible in a bid to create… Read more »

NEW DELHI (INDIA) :Marching ahead propitiously, the real estate sector of India, a global player in the 21st century is gearing up to tap the vast potential of indigenous market…. Read more »

NEW DELHI (INDIA): Minister of Housing and Urban Poverty Alleviation, Venkaiah Naidu on Tuesday directed Secretary of his Ministry to immediately convene “A Roundtable” with all developers, banks and housing… Read more »