NEW DELHI: Realty major DLF on Tuesday reported a 76 per cent jump in its consolidated net profit at Rs 436.56 crore for the quarter ended March on higher sales…. Read more » 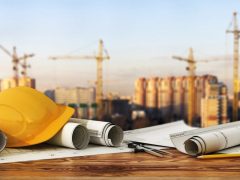 NEW DELHI: Indo-Tibetan Border Police (ITBP) Inspector General Vijay Kumar Singh has expressed displeasure over the slow pace of construction of residential quarters and barracks by the CPWD. In a… Read more » NEW DELHI: As many as 72 complaints have been received against builders in Delhi under the central real estate law, according to an RTI reply. According to the Delhi Real… Read more »