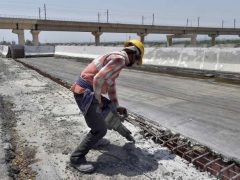 NEW DELHI: With an aim to decongesting busy areas of the national capital, the city government on Tuesday approved two new flyover projects in east and west Delhi and these… Read more » NEW DELHI: Godrej Properties Ltd, one of India’s leading real estate developers, has announced that it has entered into a Joint venture with TDI group to develop an ultra-luxury residential… Read more » NEW DELHI: More than 9,200 properties have been sealed by various agencies since the formation of the Special Task Force (STF) in 2018 to comprehensively oversee effective enforcement of the… Read more » NEW DELHI: The Delhi Development Authority (DDA) has prepared a draft for Master Plan of Delhi-2041, giving more emphasis on strategic and enabling framework for the future growth of the… Read more »