BERLIN: Germany’s construction sector on Tuesday raised its outlook and now sees revenue growth of almost 9% in 2019, in a sign that the boom continues for one of the… Read more » NEW DELHI: India and Germany on Tuesday signed a Memorandum of Agreement (MoA) on skill development, which will provide dual vocational training to Indian youth. Explaining the concept to the… Read more » By: Holger Hansen BERLIN: The German government plans to back new tax incentives on Wednesday to encourage private developers to build new rental flats in a drive to tackle a… Read more » 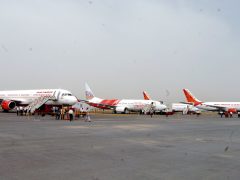 NEW DELHI: The Union Cabinet chaired by the Prime Minister of India Narendra Modi has approved signing of the Memorandum of Understanding (MoU) titled Joint Declaration of Intent between India… Read more » NEW DELHI (INDIA): The Minister of Road Transport & Highways and Shipping Nitin Gadkari has said that India and Germany are all set to collaborate on projects for improving rail… Read more »

NEW DELHI (INDIA): Germany has offered its expertise in city planning and technological solutions that its firms can provide in energy, water, waste treatment and traffic sectors for the Centre’s… Read more »