NEW DELHI: A 36-year-old man, who had duped many homebuyers and absconding since last year, was arrested at Kochi airport in Kerala while trying to flee to Maldives, police said… Read more » MUMBAI: Affordable housing focused Magma Housing Finance is looking to double its business over the next three-four years and is talking to long-term institutional investors to raise capital for the… Read more » 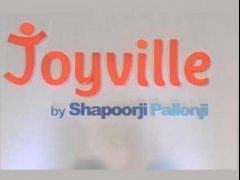 NEW DELHI: Real estate in sectors around Noida sector 117 got a fresh boost when Noida Authority announced that it would develop an 18-acre park with a butterfly design theme…. Read more » NEW DELHI: Veteran CPI-M leader Mohammed Yusuf Tarigami has approached the Supreme Court challenging an October order of the Union Home Ministry which allows people from across the country to… Read more » NEW DELHI: The Asian Development Bank (ADB) and the Government of India today signed a $132.8 million loan to strengthen and modernize the distribution network and improve the quality of… Read more » LONDON: The British government said on Tuesday it would provide Transport for London, the capital’s public transport operator, with a grant worth 825 million pounds ($1.10 billion) to help it… Read more »